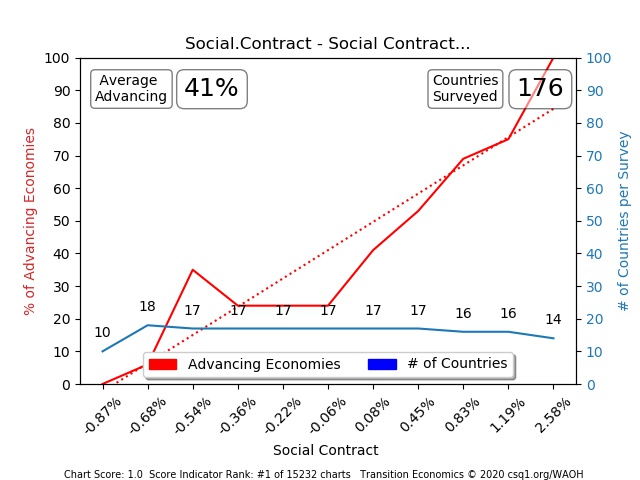 A technique that is integral to the science of Transition Economics’ (TE) Proof Charts (TEPs), is The Science of 70%.

Similar to the Pareto 80/20 Rule and Six Sigma quality control sciences, The Science of 70% is an easy approach to finding important measures within very large data sets.

The science of 70% permits us to determine causality from a very large, complex dataset by taking the value at the 70%-value of a known-important indicator’s data, and comparing the rankings of the amplitudes of charts created in frequency distributions.

If this sounds complicated, it’s not; in fact, it’s a very simple technique. It just takes a few steps to mine value from even the largest dataset using this approach.

To explain how this works, let’s take a real-world example. You can follow along with a Jupyter Notebook session or use a spreadsheet as well if you like. I assume here that you have a pretty good understanding of spreadsheets, so look for tutorials online if you need spreadsheet help …

Fun Fact: Eskimos have 50 words for “snow”; and the same detail is important when working with data

Initially, Transition Economics relied on a handful of highest-scoring Causal indicators and aggregate indicators (like SCP and Social Contract). 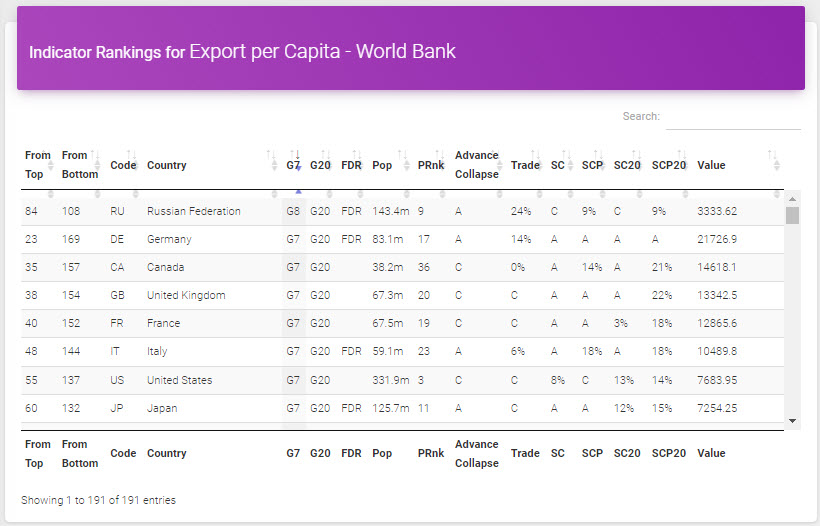 In 2022 “Threshold Analytics” was added to permit analysis of hundreds of highest-scoring indicator thresholds for detail comparisons between advancing and collapsing nations.