Recover $4.3 billion US per day

The recovery of 50% to 100% of your economy and more, makes MEMS A.I. the easiest Business Case EVER

A scientific, evidence-based approach to policymaking and regulation that recovers your nation’s lost productivity, can reliably Double your Economy

CASE STUDY: Why is one Constitution more important than all others? 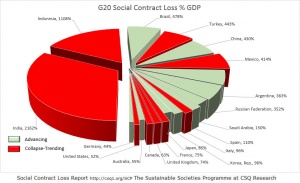 Transition Economics and MEMS are game-changers. For the first time, we can use evidence-based research standards to confirm which datasets, policies, performance measure KPIs, and programs – are important to improving economies, and which are not

An Enterprise-wide Standard of Research

Watch the 2011 movie MoneyBall to recognize the simplicity and impact of a scientific probability-based approach.

Investment and Finance Supervision groups have failed to preempt our most recent expensive, dangerous, and preventable mature capitalism; and the United Nations was created for this exact purpose. Today’s Academics, Economists, and Economic Development teams teach theory ONLY and are every bit as arcane as American baseball was before SaberMetrics was introduced in 2003 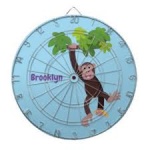 Proven-failed theory collapsed 62% of 207 economies before COVID, which means that a chimp with a dartboard has a higher probability of success than an Ivy-League economist

Policy determines advance or collapse 100%. Strategic Business Practices and Investment are essential to ensure that we are lifting and doubling our economy at all times, but today we see tactical business practices that are collapsing us

Risk-based Governance is blind to national collapse or advance, so Leaders must protect productivity, important automation, supply chain redundancy, cost of living affordability, and the social contracts that make productivity possible. We must prevent starvation wages, procurement and accounting practices that deny opportunity, and a long list of collapse motivators

Pensions, Banks, and Insurance Company valuations are half of the report; and then the economic performance that they create (which supports their success long-term) is the second half

With MEMS, Regulators and Policy Makers can correct today’s collapses through performance management and a scientific, strategic, proven approach

Economic Development teams are country builders – but tools, science, and civics training are not available to us. MEMS changes that failure

Where Academia has aligned with theory and ignored science since the 1970s, MEMS is 100% evidence-based scientific, measurable, and validatable

IMF, WEF, and World Bank Frameworks use Micro and Macroeconomics’ Wealth-theory, which resulted in track records of collapse internationally – now correctable via MEMS

Doughnut Economics, Environmental Economics, Relationship Economics, are all examples of theory and logic-based approaches – only. Doughnut cannot explain why its Social Contract preference works well in mature capitalisms but will create the U.S.S.R. in boom economies 20-years from now, because it’s not a science

The Elephant in the Room 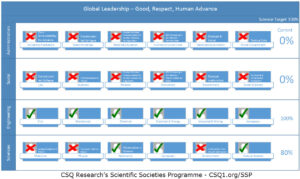 Theory and ideology are dangerous, expensive, and unnecessary. They create collapse and yet, they are all we teach in most faculties today.

Today’s teaching programs are too long, failure rates are too high, and we train almost 100% non-science fiction in the majority of credentialed degree programs as well.

We all realize that the policies of the 1920s created the Great Depression, but do we realize how many of those policies run today again?

Back then, a majority of Americans saw the unemployed were lazy, and that welfare was unpatriotic; we encouraged laissez-faire in finance, small government, low tax, right of contract, and open markets in business. Rugged Individualism and partisan division by sides was essential. As more and more of the population could not find pensions nor living wages, divorce skyrocketed and social contracts plummeted while politicians were rewarded and made rich by their sponsors in discount stock and real estate schemes. 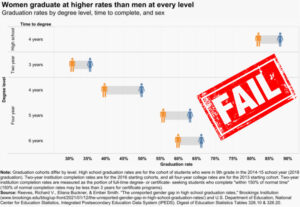 Graduates by Gender – A Failing Grade for Universities and Colleges

Franklin Delano Roosevelt (FDR) turned around all of that collapse, AND, his corrections built not only the greatest economy in history for the USA, but his Constitutional additions brought 70-years of success to dozens of FDR Constitution nations still today.

Why don’t we teach this?

Ask for a tour of CSQ Research Programs …

Every nation on the planet loses an average of $4.3 billion daily to Social Contract Loss, to social problems, and to poor planning that is uncorrected for decades in our large democracies today

DO NOT be that Nation!

With MEMS, economic development and finance-industry leaders can drive their entire economic “pie” larger and recover this loss reliably

The UAE seeds opportunity and reaps fantastic economic results, and so will you

How is reliable advance possible?

Casinos are regarded as safe and recession-proof businesses because they only allow transactions that always offer a  higher-probability-of-success for “the house”. Casinos can fail only when their transaction volumes are too low, but an economy has a near-limitless number of transactions. When we run highest probability policies and monitor essential KPIs, success is mathematically assured

Transition Economics (TE) and Econometrics ranks reports by importance and then it identifies hidden problems as well. TE deprecates much of traditional micro and macroeconomic theory and relies entirely on actual cause-and-effects seen in the scientific survey of 220-nations 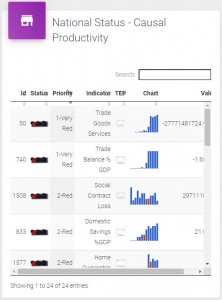 200-nations measure thousands of government, business, finance, infrastructure, and social service KPIs. MEMS proves which of these – are the policies that contribute to an advancing abundant economy, and which are the policies that lead to collapse.  To confirm the highest percentage probability of economic success, MEMS has to track 2,000 indicators in 200 countries, with over 60+ years of data.

With all of that data, A.I. can now find missed opportunities that are important economically. Canada’s forestry industry is one of the biggest missed opportunities in the world, and every country has a dozen important misses similarly. Let MEMS show you opportunities both – in your country, and in every other country as needed to negotiate smart trade opportunities. Cypress had copper; Britain had tin – and together they built the Bronze Age.

The reason that western economies fail so often is that most (IMF, WEF, World Bank, and national) MacroEconomic Frameworks ignore collapse and the Social Contracts that can ensure reliable national productivity. In science, a nation’s greatest resource – is its people; so every community’s first priority – and business – is providing for the good lives of its citizens.

“Mankind is our business” and contrary tellings of this basic scientific truth is fiction – and self-defeating, short-sighted fiction at that.

MEMS Policy Maker, Regulator, and Economic Developer, are a decision support solution that provides the knowledge that permit Economic Development professionals to create a Right Plan of proven-successful policies for business, economy, trade, social, and finance – and to monitor and report progress.

The World’s Largest context-based Econometric Libary – World at our Hands Report (WAOH). explains just about everything in Global Leadership and MEMS doubles the size of this library as well. So lobby group agendas and ideology can never enter into decisions supported by MEMS. CSQ Research works with world governments to identify important targets, and then these tools will advise, report, and monitor your progress. We assist Policy Committees, Leaders in Government, Economic Development groups, and multi-national business organizations, to deliver big-picture country-building Right Plans that work

“Right Plans” are an invention of Aristotle who had the foresight 2,200 years ago to explain the importance of building strong national policy and Good Lives for our citizens. Our WAOH –World at our Hands Library, is a unique opportunity to look beyond shortsighted, low-context experience and media reports, and instead build a strong future that is well worth handing down to future generations

What does a Subscription to MEMS Include?

Send us an email to Preview MEMS and to Subscribe

MEMS lets you compare your current stats and policies against those of advancing nations quickly and easily. We provide every country planner with the tools, data, and training to keep your nation moving measurably forward toward sustainable success and prosperity

A MEMS Programme introduces Economic Development groups to much more than simple software tools and training in econometrics, we introduce a Scientific Societies Programme and Global Leadership governance approach as well

Ours is a time of rapid change through automation. Automation can build reliable, scalable self-sufficiency through National SDGs (Sustainable Development Goals) and it creates an opportunity for our civilizations to migrate to hybrid systems of free welfare and pensions when needed. This approach is especially helpful during our present monetary system imbalance.

20% of our planet still does not have the basic human rights of clean water, food, secure shelter, education, and the other building blocks of a self-sustaining successful economy and Good Life. 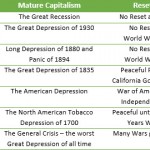 Model Economy * Model Society creates planning based on four-thousand pages of theses and research. Measurable philosophy (thought-leadership),  great process (epistemology), and the latest data and data-sciences in econometrics are now right at your fingertips – nationally and internationally too 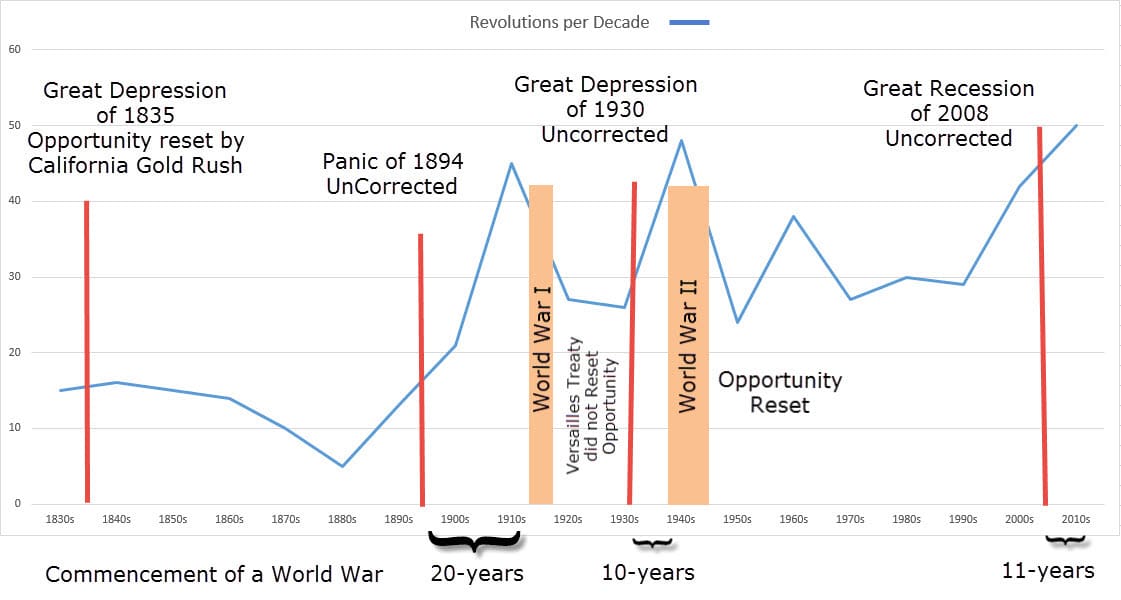